It’s better to be raised in a prison

Hospital or prison? Which would you guess is the healthier environment? Austrian psychoanalyst René Spitz discovered a surprising answer in the 1940s.

What if what we need to survive, to live, to thrive, is not what we think it is?

What if the thing we need most costs no money and is available all around the world?

What if what we really need is not another THING or another IDEA or another STRATEGY, but another PERSON?

Spitz’s experiment followed two sets of children from birth to three years old. One set lived in hospitals or orphanages where they were attended to by a rotating set of nurses who provided clean clothes and all their basic needs. The second set of babies were raised in the prison where their mothers were incarcerated. At regular intervals, Spitz and his team would check in on the children, measure their growth and developmental progress, and film the results.

After the first three months, the orphanage babies had an advantage over those in the prison, scoring higher on the evaluative tests. As time progressed, however, the institutionalized babies fell behind those in contact with their mothers. At one year old, the orphaned children were lethargic, intellectually delayed, and disinterested. Meanwhile the imprisoned babies were curious and playful, interacting with the caretakers and guards. Most interestingly, they were less prone to infections. In other words, the children living in the sterile, controlled hospital environment were getting sick at a higher rate than those in the penitentiary nursery.

By two or three, the prison babies continued to hit normal developmental markers. They walked about confidently, spoke clearly, and were developing cognitively. Meanwhile, of the 26 children in the orphanage, only 2 were able to walk or speak a few words. Sadly, 37% of the orphanage children did not survive the period of observation. Spitz coined a term for the tragic condition of these children—hospitalism.

What was the difference that transformed a dirty prison into a place for healthy development and a hospital into the place of death? Relationship. In the prison, the children had daily access to their mothers and regular interaction with the other children. Added to this, there was the human interaction with the guards and caretakers.  In the hospital environment, the children had all their physical needs met but were attended to by nurses who oversaw at least seven babies. It seems loving interaction from untrained individuals can be the difference between growth and deterioration. In short, we need relationships to live.

The last eighty years of scientific discovery have only confirmed what Spitz found in his experiment. The deprivation of relationship is traumatic and detrimental to growth. The presence of relationship is healing and necessary for growth. Judith Herman, in her book Trauma and Recovery, writes, “The core experiences of psychological trauma are disempowerment and disconnection from others. Recovery, therefore, is based upon the empowerment of the survivor and the creation of new connections. Recovery can take place only within the context of relationships. It cannot occur in isolation.”

None of this should surprise us, though it does. More than three thousand years before Spitz’s experiment, Moses wrote, in his account of the creation of man, “Then the Lord God said, ‘It is not good that the man should be alone . . .’” While this verse is most often quoted in reference to marriage, its truth extends to the whole of life. We are hard-wired with a need for relationship. Human touch, eye-to-eye contact, and loving warmth are like magical ingredients for growth and healing. When we are deprived of them, we whither. Their absence is a poison. Many spend their whole lives trying to recover from this loss of healthy attachment. Without relationship we perish.

For millions of kids around the world, this reality of relationship-deprivation is not theoretical. It is their reality. They languish in the back rooms of “western” orphanages. They endure withdrawn or abusive caretakers. They shuffle from house to house without ever knowing a home. And what they need most in the world to survive and live and thrive is not a something, but a someone.

Because it’s better to be raised in a prison with love than the best intuition in the world devoid of it.

Because every child deserves a chance to thrive within the warm embrace of a family.

Because without relationship, we perish. 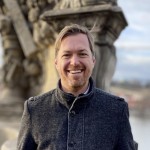 Josh Irby is an adoptive dad and father of five kids. He and his wife Taylor have recently relocated to America after more than a decade living in the Balkans. They are members of the Lost Sparrows leadership team.

Your ticket for the: It’s better to be raised in a prison

It’s better to be raised in a prison